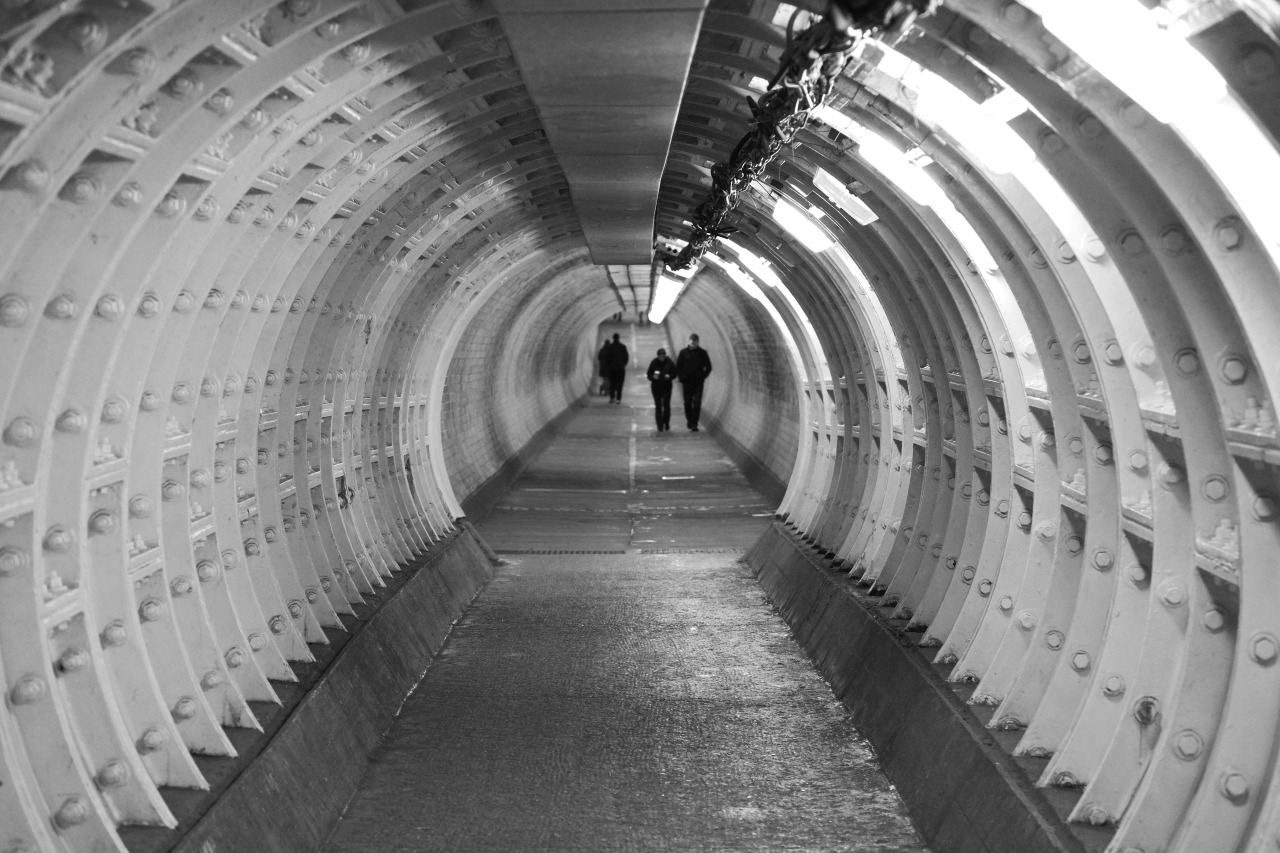 T his essay is a deeply personal one, an emotional postmortem of my startup journey which ended a few months ago.

My story is not a pleasant one; it is neither sweet nor harmonious, as invented stories are; it has the taste of nonsense and chaos, of madness and dreams — like the lives of all men who stop deceiving themselves. Herman Hesse (Demian)

What we can’t say is usually where some truth lies. Perhaps one level deeper, the things we can’t say toourselves are where the deepest truths lie. One of the questions that I never had a good answer for early on was “Why are you trying to solve recruitment” — I knew I didn’t have a good answer, but I convinced myself that I did. This systemic gap in my thinking became even more obvious when everything came tumbling down.

The strength of a person’s spirit should be measured according to how much of the “truth” one could still barely endure—or to put it more clearly, to what degree one would require it to be thinned down, shrouded, sweetened, blunted, falsified. — Nietzsche “Beyond good and evil”

Nietzsche’s staggering intellect is highlighted for me in the second part of this quote. It speaks about not seeking objective truth, which is unattainable, but to seek to decrease the amount of falsification you require to make it palatable. As astringent as that is, this essay is my attempt at just that.

My startup journey started a little over three years ago. We ended up in an industry (recruitment tech — more context on what we did here) we knew little about, trying to solve a problem that wasn’t meaningful to us and to which we were not the users.

My co-founder (Philip) and I stayed through stubbornness and called it persistence. We developed a unique willingness to suffer, to adopt an ascetic lifestyle. Each failure brought renewed grim determination and a deeper desire to find a worthwhile problem, user and market. We became fanatics.

Chuck Jones was the animation director who created Wile E. Coyote. His craft was the six or seven minute animated short film and he perfected this like no one else before (or since). He understood the importance of structure and discipline in storytelling and had nine rules that governed the world of Wile E. Coyote

Rule #3 “The Coyote could stop anytime, if he were not a Fanatic”

The one thing Wile E. can control, in this cruel universe where the underlying nature of reality will undo itself to let the Road Runner pass unimpeded through solid rock, is whether he will continue to subject himself to this shit, right? Maybe the joke is his pointless, stubborn persistence? Maybe, like Sisyphus, he’s his own tormentor? Couldn’t he just let the Road Runner go? Why doesn’t he stop? — “How Wile E Coyote explains the world”

We became our own tormentors and it was glorious. Ironically this is also the part I am somewhat proud of. We found meaning and pleasure in the process. Getting lost in a process is also where self discipline and tremendous strength come from. Beauty in suffering.

This is not without its own danger. Which is the repeated decoupling of this process from objective reality, or at least a reality that has an impact on the lives of our fellow humans. (more on this later)

Albert Camus had his own view on this sort of labour, this self torment:

I leave Sisyphus at the foot of the mountain! One always finds one’s burden again. But Sisyphus teaches the higher fidelity that negates the gods and raises rocks. He too concludes that all is well. This universe henceforth without a master seems to him neither sterile nor futile. Each atom of that stone, each mineral flake of that night filled mountain, in itself forms a world. The struggle itself toward the heights is enough to fill a man’s heart. One must imagine Sisyphus happy. — Albert Camus “The Myth of Sisphus”

The lack of progress we needed to see brought despair. And despair brought honesty. This resulted in another near unanswerable question “Why did I spend so much time on this?”

Although it’s a work in progress here’s two explanations that I’ve found helpful:

Rene Girard developed the concept of “mimetic desire” which explains that people can desire anything as long as other people desire it too. That our freedom of choice as humans brings risk and uncertainty so we look to others for cues. Simply put we desire things because others desire the same things.

Brian Timar questions why he was a graduate student in physics for 3 years in his excellent post Mimetic Traps of which I’ve selected two paragraphs that explained these traps quite well:

The result was a reality distortion field — quitting was not just painful, but unimaginable, unthinkable. I ended up in graduate school not because I wanted to toe the bleeding edge of natural science, but because I simply couldn’t imagine doing anything else.

That’s the mimetic trap in a nutshell: it hurts to leave, and there’s nowhere to go. It decouples the social reward signal from the rest of objective reality — you can spend years ascending ranks in a hierarchy without producing anything that the rest of humanity finds valuable. If you value the process itself, that’s fine. I didn’t. Cowardice kept me from acting on this, and after a while I came to believe I had to succeed in this field I’d fallen into essentially by chance.

This is pretty scary. I know people close to me who work in academia and who are in mimetic traps. Pursuing pointless topics that have no impact on the world or the lives of others but enjoying the process.

The good news is that in a startup you cannot really decouple the reward signal from objective reality for very long. Either you acquire, engage and retain users and monetize or you don’t. This was helpful for me because it forced a reckoning.

There were aspects of a mimetic trap in what we were doing. It was painful to consider leaving, to consider giving up and I avoided the difficult question of what my strategy was for the problem I was trying to solve and whether this fit with my own desires and worldview.

What I didn’t want

Off the back of a decade of building businesses that had little competitive differentiation and focused on services I that this was something I didn’t want. Unfortunately as I’ve discovered knowing what you don’t want is helpful but doesn’t get you very far to knowing what you want.

Seek wealth, not money or status. Wealth is having assets that earn while you sleep. Money is how we transfer time and wealth. Status is your place in the social hierarchy — @naval

This is the perspective I’ve had since the age of 12 and I’ve iterated my way through life building assets. This latest was in the form of a product business.

Looking back I’d take this one resolution higher. Setting out to build an asset is trying to chase the outcome just as trying to “make money” is focusing on the wrong thing.

Seek to create value and not capture it. Your efficiency at capturing the value that you have created is a good problem to have. Wealth tends to come out of ideas that everyone else has overlooked, “and no idea is so overlooked as one that’s unthinkable.” This is as good a place to start as any.

Attempts at a Solution

To avoid Mimetic Traps in life and startups:

Another undervalued heuristic is to start by building something for yourself, in an industry you understand or care to change. This may be a hack but at least it will help you find something that has high value and something you can throw yourself completely into.

Morale is another reason that it’s hard to design something for an unsophisticated user. It’s hard to stay interested in something you don’t like yourself. To make something good, you have to be thinking, “wow, this is really great,” not “what a piece of shit; those fools will love it.”

You’re most likely to get good design if the intended users include the designer himself. When you design something for a group that doesn’t include you, it tends to be for people you consider less sophisticated than you, not more sophisticated. And looking down on the user, however benevolently, always seems to corrupt the designer — Paul Graham “Hackers and Painters” (2004)

What I’m left with

/I have been and still am a seeker, but I have ceased to question stars and books; I have begun to listen to the teachings my blood whispers to me.

Besides the remnants of unease and shadows of uncertainty, I’m left with this question:

What am I prepared to fail at?

Trying to do great work will likely result in failure. History is littered with stories of people who dedicated their lives to this. You just don’t know about them because they failed in the eyes of society. But could they live with themselves?

Meaning and great work is found through fatalism; This is the equivalent of having a vision and damning the consequences. The acceptance of the underlying probabilities combined with the joy from carrying a heavy burden like Sisyphus. Iterated failures over time just like Wile E. Coyote:

What the fuck else is he gonna eat? — Alberto Burneko

It’s hardly rational or realistic. This is what makes it funny…

What can you do? All anybody can do; the same thing you’ve always done; what you did when Wile E. Coyote pushed down on that detonator and blew himself up. You can laugh at it. It’s pretty funny. — Alberto Burneko

I’ve taken multiple companies from one to zero and reading my articles will help you build better products and live a more meaningful life.

All rights reserved. Marko Jak - Made in 🇺🇸